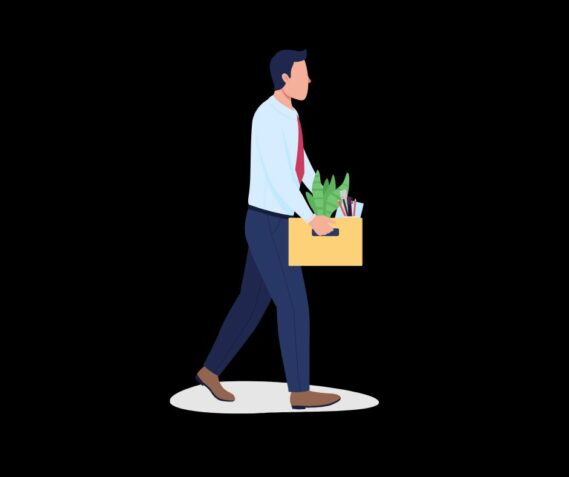 The worst of the pandemic may be behind us but the Great Resignation, it seems, is still a thing.

That was the thrust of a recent article in Campaign’s The Knowledge, Stick or twist? Staff churn still on the cards a year after ‘Great Resignation’.

The piece reports that the IPA’s annual census found staff turnover in 2021 was 26% among the 102 corporate member agencies it gathers data from annually. So, no improvement on 2020’s figure of 25.8%. If we’re being picky, it’s slightly worse.

Not all agencies experience staff turnover equally. The 26% figure masks huge variation. Some agencies have managed to retain all their staff in the last year while others have had to deal with half of their employees leaving.

Where are they going?

That’s a question that we at The industry Club were asking back in January. Zoe Edwards, our principal consultant for strategy and planning, surveyed nearly 500 creative agency candidates and contributed her findings to Campaign’s article.

Zoe asked respondents: “If you’ve recently moved into a new role, or are thinking about moving, where did you go / want to move to?”

Commenting on the findings, Zoe told Campaign, “Traditionally, people have always left roles to move to a different agency in the same kind of job, but what we’re finding is that there is a lot more choice now on what kind of roles they can do.”

And for 38% of Zoe’s respondents, that choice is a move to a direct brand. Something that she says was “historically a hard transition to make” has become the natural choice for many as more and more big brands establish their own in-house agency.

That almost a quarter of respondents opted for a career pivot is also telling. “People going into teaching and things that are [viewed as] more worthwhile has increased significantly,” Zoe said.

James Murphy, chief executive of New Commercial Arts, agrees. He has first-hand experience of the career pivot to what some employees regard as a ‘higher calling’. He told Campaign, “We lost someone recently, who is really, really good [at her job], and she went to retrain as a teacher.”

Also feeling the effects of the career pivot was creative agency, The Corner. Last year, its staff turnover was 39%, with founding partner and chief executive Neil Simpson telling Campaign, “The majority of our leavers left to try something outside of the industry,”

Hiring and retaining – a strategy

None of which is lost on The Advertising Association. At that start of this year, the AA launched a three-year initiative that aims to help the UK ad industry better attract and retain talent.

In the meantime, you’ll no doubt be keen to create and implement strategies of your own. Based on what’s been going on over the last couple of years and her years of experience – both agency side and as a recruiter – Zoe’s top tips are:

· nail the brief. First off, ask yourself: ‘Is our offering appealing to the type of person we want to hire?’ Convincing creatives, account handlers, project managers and strategists to work with polarising brands is never easy – but it’s especially uphill in the current climate. So, get creative with the makeup of the role. Mix polarising work with more appealing projects

· combine specialist with generalist opportunities. Many people are nervous about narrowing too early on in their career

· woo talent. Move fast, be decisive and use the interview process to show the culture of your agency

· keep tasks simple. A task is a great way to see how a candidate approaches a challenge. It can also reveal the rigour behind their thinking. But bear in mind that your applicant is probably interviewing for several roles while also holding down the day job. Keep your task to something doable in an evening

· stay in touch once they’ve accepted your offer. Assume your incoming hire will get a counter offer and incentives from their current and/or other employers. Personal touches like linking in with them, dropping welcome notes and inviting them in to meet their new team will help cement their commitment to you. Remember, one to three months’ notice is a long time and in the minds of rival employers, these people are still ‘live’ jobseekers

· beware the boomerang. Once your brilliant new hire has joined your team, make no assumptions. Check in regularly to ensure they have all the support they need. Remote working can be isolating at the best of times, but especially disorienting for people starting a new role. This is one reason for the big trend in boomerang hires – candidates returning to their old job because the grass wasn’t greener.

What’s the story behind our new workshop?
The Industry Club is back in Fitzrovia
We use cookies on our website to give you the most relevant experience by remembering your preferences and repeat visits. By clicking “Accept”, you consent to the use of ALL the cookies. However you may visit Cookie Settings to provide a controlled consent.
Cookie settingsREJECTACCEPT
Manage consent