Social media: three crises that were avoidable – and what you can do to prepare 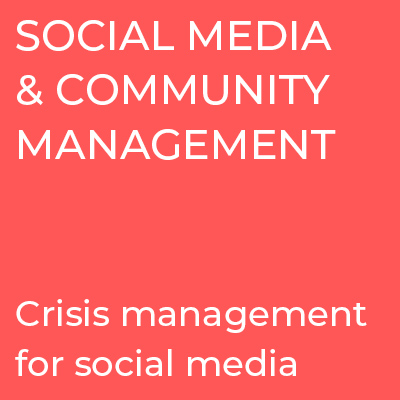 We’ve seen some headline-grabbing crises on social media in the last two decades.

It’s true that a crisis can have a negative impact on an organisation’s reputation. But don’t let that stop you launching campaigns and engaging with consumers on social platforms.

Learning from the past helps us spot the warning signs of a crisis. Even better, it can help up us to prevent one coming our way.

What’s the difference between a hiccup and a crisis?

A hiccup could be a few negative, but relatively innocuous opinions or comments under one or two of your posts. A crisis is when the situation is serious enough to affect your business’s reputation – or even its share price.
There are distinct types of social media crises. Some arise from fake news, for example, others from industry events or life-affecting disasters. Let’s look at three examples.

This is an old example, but it shows what happens when you don’t have a handle on your employees’ behaviour on social media.

One Sunday in a Domino’s kitchen in the USA, two employees looking to boost their popularity on YouTube filmed themselves preparing pizzas. Things got out of hand as, one by one, they broke a raft of food safety preparation laws in the process.

The video went viral. In just a few days, over a million people witnessed the pizza prep pair’s transgressions. They made the front page of Google search results, extending further the reach of their embarrassing behaviour. Domino’s reputation in the eyes of its customers fell off a cliff. And, with this being the early days of social media, Domino’s, like many businesses, had no social media crisis management plan in place. The company’s response took several days to materialise.

The good news for Dominos, though, is that its eventual approach is now regarded as crisis management best practice. The company communicated what steps it was going to take, issued an apology from its president on YouTube and ran an email marketing campaign targeting every one of its customers. It didn’t stop there: Domino’s opened accounts on Twitter and Facebook and started engaging with consumers from then on on social media.

In 2010, Greenpeace took on Nestle, specifically its farming of palm oil which was putting the lives of orangutans at risk. The activist charity came up with a clever riff on KitKat’s famous slogan: “Have a break? Give orangutans a break.”

The video was visually arresting. In it, we see an office worker taking a break by reaching for a KitKat. But instead of biting into a tasty chocolate snack, our white collar friend gets a mouthful of an orangutan’s finger.

Nestle rarely, if ever, comments on this type of situation, and certainly not on social media. Its standard policy is to delete negative or accusatory mentions. However, in this case it went further. Nestle raised a copyright infringement notice against Greenpeace.

Ignoring the crisis is one thing but to proactively try to suppress it is invariably a mistake. We’ve seen over time that this tactic simply increases tension and negativity.

Fast forward to 2017 and Hurricane Harvey is causing havoc in Texas, USA.

As the hurricane raged across the state, a preprogramed email left Airbnb’s servers and landed in the inboxes of thousands of potential customers. The offer? Stays in homes floating on water. Or as the messaging went: “Stay above water. Live the life aquatic with these floating homes.” 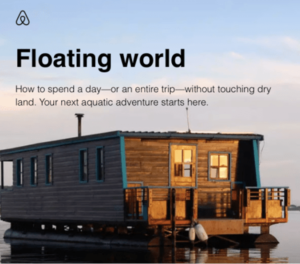 Not an easy line to defend while Texas flooded.

Airbnb activated its disaster recovery programme quickly. The campaign saw the business connecting people affected by Hurricane Harvey with property hosts happy to offer their properties to them for free. At the same time, Airbnb publicly apologised for the email and paused the campaign.

We don’t have to travel for that right now @Airbnb …because #Harvey #HoustonFloods pic.twitter.com/QekOWHnLQx

Preparing for a social media crisis

Clearly, we can’t predict every situation that that may affect our reputations. But we can take some simple steps to improve our chances of a positive outcome.

The first is scenario planning. We can identify eventualities that we see as risks to our company’s reputation or share price. From here, we can map out how to manage these risks and plan best possible outcomes.

Next, we can create policies and procedures that help us work towards those outcomes and avoid making things worse. These might include crisis team composition, social media use guidance, response work flows and messaging guidelines.

Finally, to ensure the effectiveness of our planning we should assess it through simulation. An example could be a pretend real-world scenario to engage crisis teams and see how the process holds up.

Want to learn more about preparing for a social media crisis? Crisis Management for Social Media is a three-hour workshop run by The Industry School. In it you’ll discover:

Book now or get in touch for more information.

A lesson from Apollo 13 about creative thinking and marketing communications
What’s the story behind our new workshop?
We use cookies on our website to give you the most relevant experience by remembering your preferences and repeat visits. By clicking “Accept”, you consent to the use of ALL the cookies. However you may visit Cookie Settings to provide a controlled consent.
Cookie settingsREJECTACCEPT
Manage consent