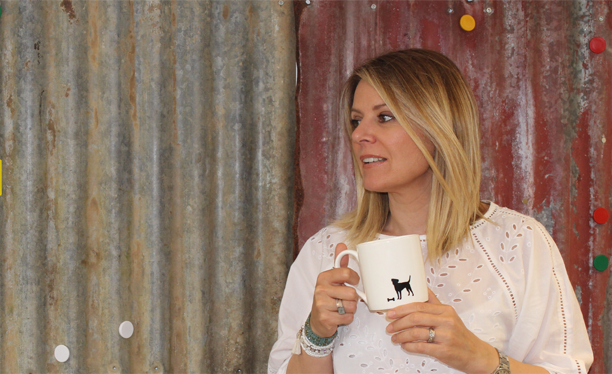 When you walk in to our office, you’ll be quick to discover why we are actively addressing the clear lack of gender diversity in Adland.  As an all-woman team, we offer strong advice to women for all things work related – and that means support on getting to the top despite the odds.

“Creative Equals aims to create more paths to success for female creative talent,” explained Creative Equals founder, Ali Hanan, who is helping The Industry Club to change the ratio of senior female talent. “That is from the way that we hire and the way that we bring women into the industry, to the way we give them tools, skills, mentoring and sponsorship that they need to really make it through to those critical leadership roles – because right now they don’t seem to be getting there.”

In fact, in our recently released documentary on the subject, Hanan revealed that only 14% of Creative Directors in London are women. That means 86% of advertisements coming out of the London market come from a particular male bias— despite the fact that 85% of consumer purchasing decisions are made by women.

“A great male creative director once told me that we don’t need more women to create ads for women, because if you’re a good creative director you’re very heavy on empathy – so you should be able to create an advert, regardless of what sex you are,” said Harriet Minter, Editor of Women in Leadership for The Guardian, who also spoke to our cameras on the subject. “But the reality is that when you look at advertising today, you either have a lot of unempathetic creative directors or that’s just not the case.”

At The Industry Club, we’ve all been there and we’ve all faced the issue head on. On top of that, we’ve seen first-hand how female candidates come into the advertising industry on equal par with their male peers, only to fall behind as they begin to climb the corporate ladder.

“You’d have to be hiding in a small drawer at the bottom of a large well to not know that gender diversity in Adland is in a terrible state,” said Becky McOwen-Banks, of Creative Equals. ““The Industry Club is so proactive, trying to seek out women, rather than just looking at the CVs that might still be on their list. Their Work Sisters initiative will be brilliant for that.”

We’ve launched our Work Sisters programme because we understand the importance of helping women to stay in the creative industries throughout their careers. We are offering a solid support system, something we have been told is often lacking at work.

“When I was questioning my future in the creative sector, I had no role models to turn to. Today I meet brilliant, talented and driven women every day,” said Anna O’Callaghan, who works on our Work Sisters programme. “I know that agencies are not about to strike a gender balance anytime soon. With this programme, I’m determined to get us closer. “

Our programme aims to offer a robust support system to females in the industry. This support comes in the form of guidance that is often in accessible in the workplace, like career planning, negotiation skills, flexible working arrangements, returnships and dealing with unconscious gender bias. Fortunately, we know that we’re not alone in recognising the unique challenges that women face working in a male-dominated industry.

“We have few women in senior positions, so we’re a work in progress in that regards,” said Simon Richings, Executive Creative Director of AnalogFolk. “I think there are two main reasons for that. The first is we’re a nice bunch of equality loving left wing people and we kind of thought it would just take care of itself. And the second reason is that problem of getting great creative women senior women doesn’t start at our front door. It starts out in the industry.”

It is in the industry that we hope to affect the most change at an organisational level. Our Work Sisters programme aims to get to the core of the systemic issue, helping creative companies address their gender imbalance. In particular, companies that have the creative equals kite mark are companies that we’re really positive about working with.

Gender Diversity is one of the most discussed topics in our industry today and yet despite considerable debate and numerous organisations campaigning for change – progress is slow especially in London’s creative departments. By offering practical advice and support to candidates, we know that we can make a difference to candidates. And by offering education and incentives to employers, we’re confident we can impact real change.

“Across the industry most creative directors would say that talent is what matters regardless of gender,” said Richings. “What I would hope is that there is a growing realisation that because of a stifling of creativity or a stifling of opportunity for female creatives, you have to give women more mentoring and support to level out what is otherwise an unfair playing field.”

For more information about how to further your career, learn more about our Work Sisters programme. To learn more about problems of gender diversity in Adland today, watch our short documentary filmed at Advertising Week Europe 2016.

Introducing Work Sisters
Candidate Profile: Nicky Russell – IPA Woman of Tomorrow 2016
We use cookies on our website to give you the most relevant experience by remembering your preferences and repeat visits. By clicking “Accept”, you consent to the use of ALL the cookies. However you may visit Cookie Settings to provide a controlled consent.
Cookie settingsREJECTACCEPT
Manage consent