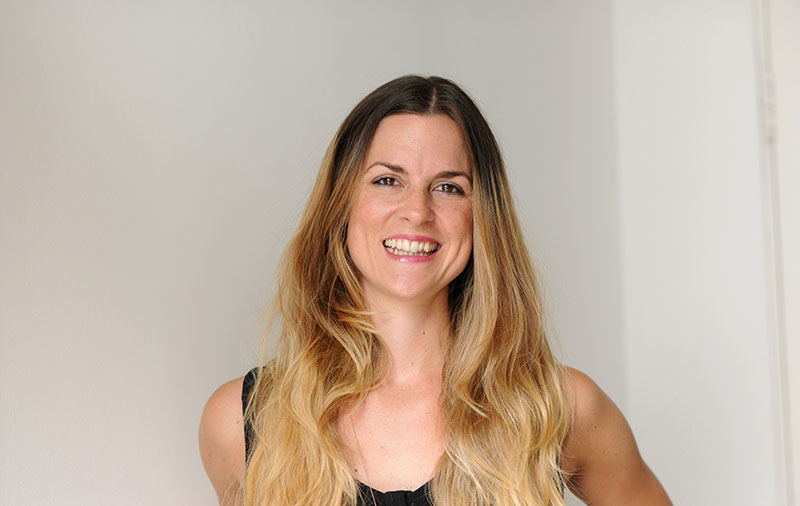 The Industry Club’s Anna O’Callaghan shares her experience navigating adland with the support of her ‘work sister’, while shedding light on the importance of female mentors.

It was 2 a.m. I was sitting in the creative breakout area for yet another night, on yet another pitch, trying to crack the next ‘big idea’. Brought on by exhaustion, caffeine or a dangerous mix of the two, a huge question loomed in my mind: could I do this job, these hours, for the rest of my career? More importantly, did I want to?
It was the very thought that many other female creatives dare not speak. I was thinking about my family. I didn’t have kids. I wasn’t even pregnant. But one day I wanted to be a parent.

Over the next few weeks, mixing pitch-winning ideas with a healthy work-life balance began to feel impossible. I decided that I needed a back-up plan – and quick. I couldn’t see how I could succeed as the kind of mother I wanted to be, while progressing in an unrelenting job in an inflexible industry. I decided to look at my options. I started by looking back on how far I’d come.

My journey into this industry began in the same way it does for many young creatives. After graduating in advertising, my creative partner and I went on to do a placement. The first agency to accept our application had chosen four teams to compete for a permanent position. We knew we had to prove ourselves.

We did. And we loved it. The hard work paid off and we were offered the job. Fellow creatives from our course didn’t fare as well. Others joined the well-worn path of placement after placement, earning zero pounds while chasing their dream job. It was a race a few of them won, but at a cost.

This was a price my partner (also female) and I did not want to pay. We had other ambitions. We wanted a secure salary, to pay off our student debt, to buy a house, a car and plan a wedding. Security was what we were after. That and a family-friendly work environment.

Interestingly enough, our first job was with a female creative director. A fact we found encouraging – particularly given how few female CDs there are in this industry. But when she took her maternity leave, things started to change. The uncertainty of this ever-changing industry became clear. My partner went on to do a creative-servicing role. I tried my hand as a solo creative elsewhere.

The future at my new agency looked brighter. When I joined, I was the only female creative in the department, a trend that would continue. But I soon found my ‘work sister’. Her role in creative services meant that she was there to look out for us. She had more experience than me, had been there herself, and listened as I aired my worries and insecurities. Her advice during my formative years as a creative was invaluable. It kept me going. Without her, I probably would have quit this industry for good.

After six fantastic years, some of the best of my career, I went off to find a new challenge. I had just bought my first place, and I was moving towards a job that would be kinder to the work-life balance I sought. But I never forgot my ‘work sister’ and all that she did for me.

Her support is a favour I want to return. That’s why I’m now a creative consultant for The Industry Club. A female run company, we work as recruitment and training experts for the creative industries. It’s a role that enables me to use my learning and knowledge to support fellow female creatives at any stage of their career. Whether I’m offering advice, a more suitable job, or simply a chat over coffee, I know that I’m giving back some of what I once needed.

Looking back, I’ve learned that female mentors are invaluable in this industry and we need more of them. According to Creative Equals, only 14% of CDs in London are female. So it’s easy to see why there was no ready answer when I first questioned my future as a creative. I simply had no one to ask and no role models to turn to. There were no mothers trying to do-it-all and succeed. There weren’t even any men who would admit that being a parent and a creative can be hard work.

Things have changed. Today I meet brilliant, talented and driven women every day – literally. Women who work all hours, work part-time, with children and without. While I know that agencies are not about to strike a gender balance anytime soon, I’m determined to get us closer. At The Industry Club, we’re sparking discussions, hosting events and launching our very own Work Sisters career support programme. It all adds up to making a difference.

Today, if I find myself thinking about the next ‘big idea’ in the wee hours of the morning, I no longer question why. Surrounded by female mentors and offering advice to the best female creatives in the world, I know I’m on the right path.

Software or soft skills
We use cookies on our website to give you the most relevant experience by remembering your preferences and repeat visits. By clicking “Accept”, you consent to the use of ALL the cookies. However you may visit Cookie Settings to provide a controlled consent.
Cookie settingsREJECTACCEPT
Manage consent